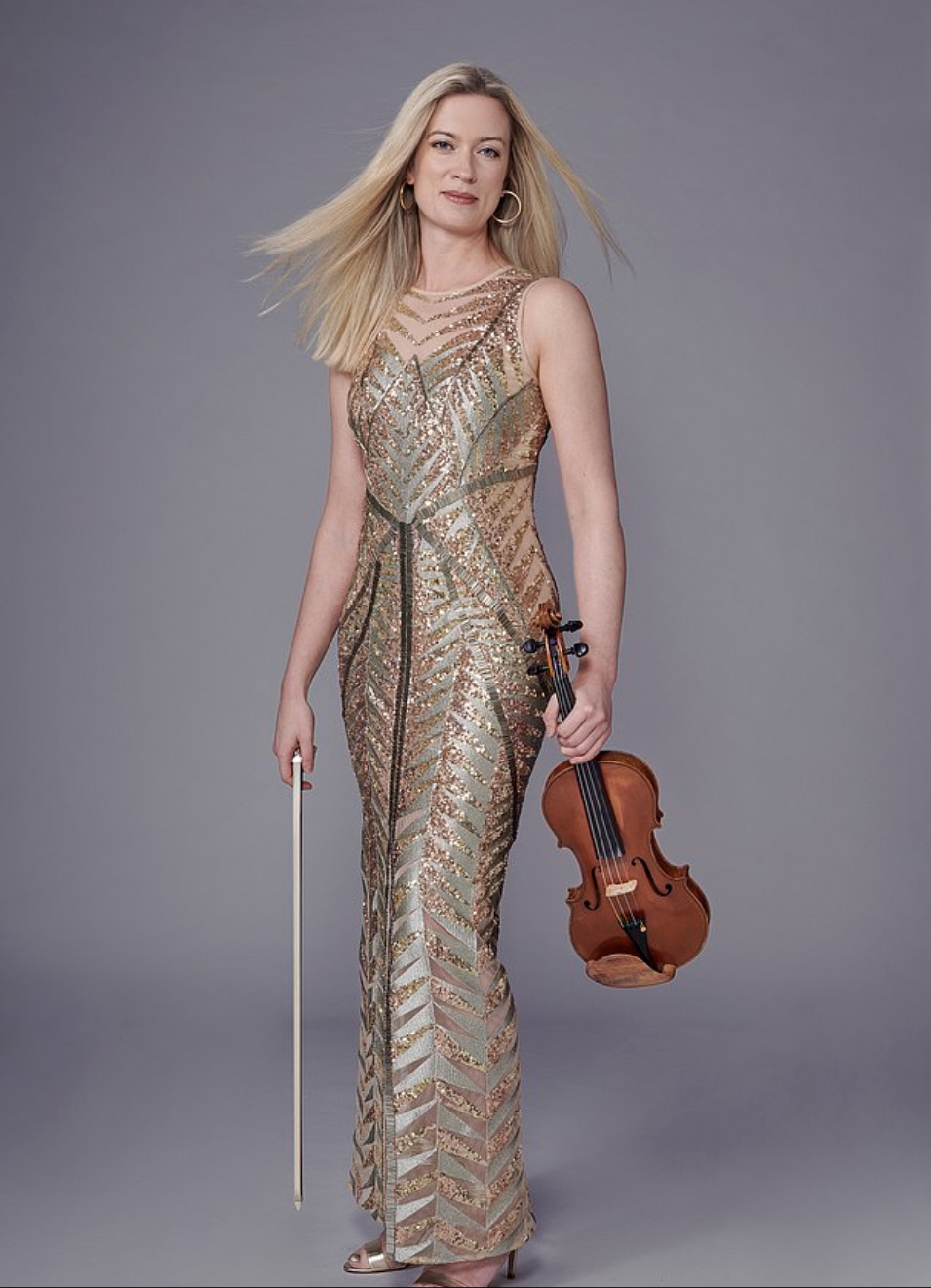 Named as one of the most 50 inspirational women of 2018 by The Daily Mail  ‘Femail at 50’ feature, and awarded an honorary degree from the University of Derby for her services and contribution to classical music, Lizzie is recognised increasingly for her refreshing and unique approach to classical music performance. Her creation of Classical Kicks, a unique brand of energetic reinvigorated classical music shows at Ronnie Scott’s Jazz Club in London, has seen continued success. She is also known for her solo violin/vocal collaborations with numerous artists such as British violin superstar Nigel Kennedy (as a soloist with him and leader of his Orchestra of Life for 8 years), and legends Jeff Beck and Brian Wilson (as a featured frontline band member), Brit pop legend Bryan Ferry and more recently as lead violin for Ariana Grande and Hugh Jackman. Performance highlights include headlining at Madison Square Garden NY for Eric Clapton’s Crossroads Guitar Festival, several critically acclaimed US-wide tours, and directing the historical Palestine Prom for BBC Proms 2013 in the Royal Albert Hall. Her brand new co-production with Producer/Writer/Director Emily Blacksell Corrido-A Ballad for the Brave a musical and visual storytelling of the life and times of Frida Kahlo received widespread acclaim at its premiere alongside the V and A’s celebrated Frida Kahlo Making Her Self Up exhibition.

Lizzie is passionate about outreach projects and has given hundreds of workshops for various orchestras and projects over the years, involving visits to a wide range of establishments from private boarding schools to Pupil Referral Units, and loves working with young people. More recently Lizzie has been working locally with the brilliant Sheffield Music Hub on a number of projects, including an original commission for a piece for Electric violin and orchestra called The Lone Star in partnership with Hugh Sykes Charitable Trust. This piece was composed by Andy Smith together with the children of 6 schools of over 200 children in the Sheffield are in who all also participated in the concert premiere of the piece in December 2017 in Sheffield Cathedral.  Lizzie has also become Ambassador for PRISMA, a charity founded by her colleague Morgan Szymanski to help children in need in Mexico by providing arts workshops to rural underdeveloped areas of Mexico. So far the project has reached over 15,000 children in just two years of existence.

Lizzie has been regularly director of the Mikroorkestra – a young and exceptionally talented group based in Vilnius, founded by accordion virtuoso, Martynas Levickis. Before lockdown in 2020, Lizzie was a special guest artist in an Arena Tour of Lithuania with Martynas and the orchestra, performing to audiences of over 20,000 in Martynas’ spectacular audio-visual production ‘Cinema Live’.