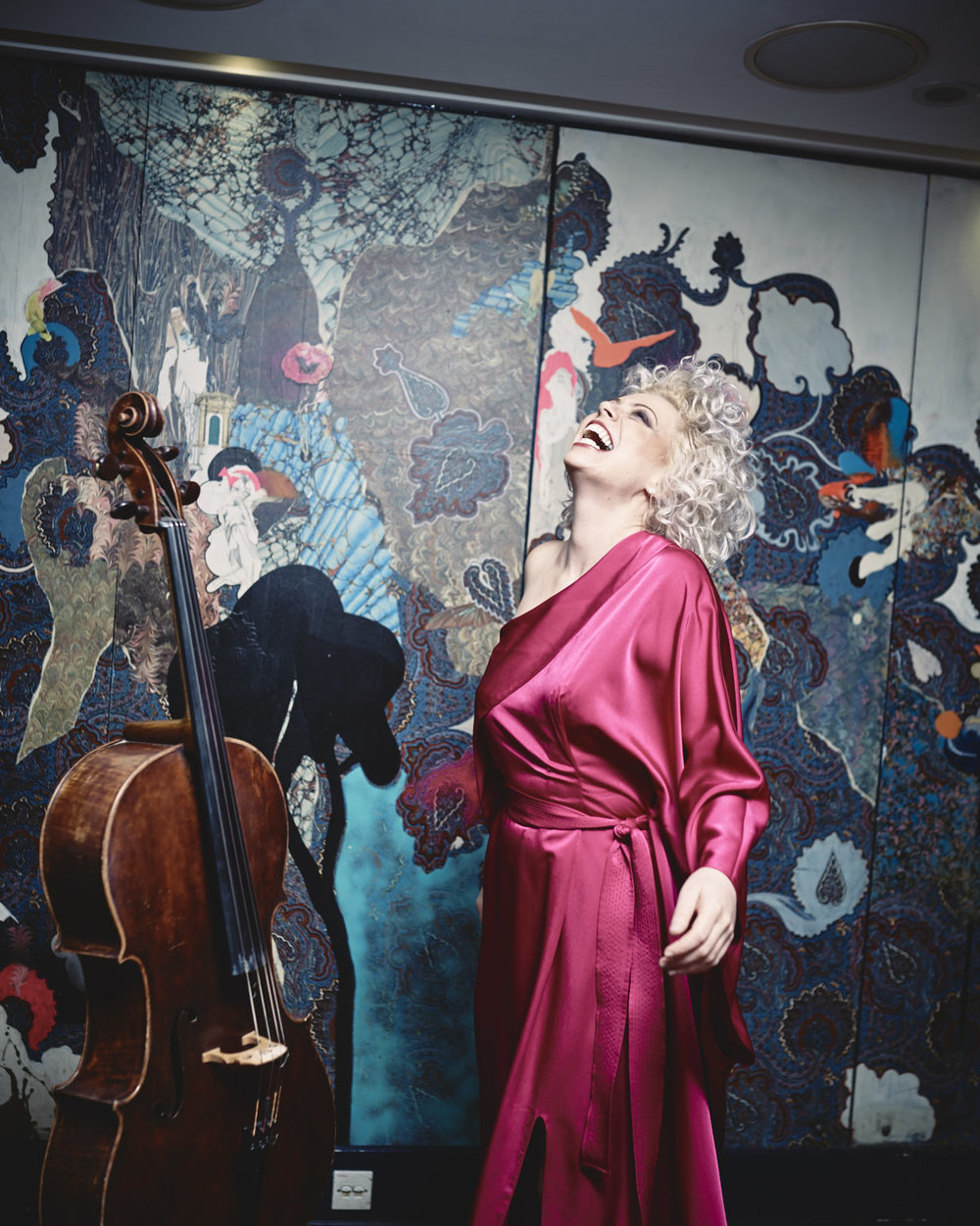 Gabriella Swallow has emerged as one of the most versatile and exciting cellists of her generation. She studied at The Royal College of Music with Jerome Pernoo. She was awarded the coveted Tagore Gold Medal and performed the Hugh Wood Cello Concerto in her final year. As a soloist, Gabriella went on to make her South Bank debut with the London Sinfonietta in the world premiere of ‘About Water’ by Mark-Anthony Turnage. In the same year she performed Paul Max Edlin’s Cello Concerto with the South Bank Sinfonia, which firmly launched her place as a leading performer of contemporary music. This has led her to commission and work with many of the major living Composers of today.

In 2013 she made her Wigmore Hall debut with the soprano Ruby Hughes and in the same season performed at the La Jolla SummerFest in San Diego, the Aldeburgh Festival with the Birmingham Contemporary Music Group and the Cambridge Jazz Festival as a member of the Gwilym Simcock Quintet.

Gabriella is the string curator of Music Orbit’s string night ‘Strung Out’ and performs frequently at Ronnie Scott’s Jazz Club ‘Classical Kicks’ night curated by violinist Lizzie Ball and at Gabriel Prokofiev’s Nonclassical club nights. As a recording artist, she has recorded all the chamber music of Hugh Wood for Toccata Classics with the London Archduke Piano Trio, which was released to critical acclaim in 2009. 2012 saw the release of ‘Ivr d’amour’, a disc of Massenet Songs where she appeared with soprano Sally Silver and celebrated pianist Richard Bonynge for the Guild label and also soprano Lucy Shaufer’s debut disc ‘Carpentersville’ for ABC Classics where Gabriella features as a soloist. This CD was launched with a concert at The Aldeburgh Festival 2013.

In 2010, she co founded the duo ‘G Project’ with percussionist Genevieve Wilkins. They made their debut with a sellout concert at the Forge in Camden and continue to perform regularly in the UK and Europe. Alongside her classical career she regularly crosses over in the fields of jazz and pop and is a sought after session musician appearing on many movie and television scores. She has recorded with many of the leading Jazz musicians on the UK scene including Ian Shaw, Barb Jungr, Liane Carroll, Guy Barker, Laurence Cottle, Pedro Segundo, Graeme Flowers, Jannette Mason and Claire Martin OBE. She has performed and recorded with Skunk Anansie, Sade, Dionne Warwick, Charlotte Church and has been a member of Judith Owen’s band since 2007.

This year she continues her collaboration with Gwilym Simcock’s Quintet – whose members include the outstanding violinist Thomas Gould – on a UK tour beginning at King’s Place, London.

Gabriella is also a passionate broadcaster and arts commentator and has been a regular guest on BBC 4’s coverage of The Proms, Radio 3’s In Tune and Music Matter. She has been a guest speaker at the Bath Literary Festival and The Battle of Ideas.

Gabriella plays a cello by Charles Harris Senior built in 1820 and an electric cello by Starfish Designs.