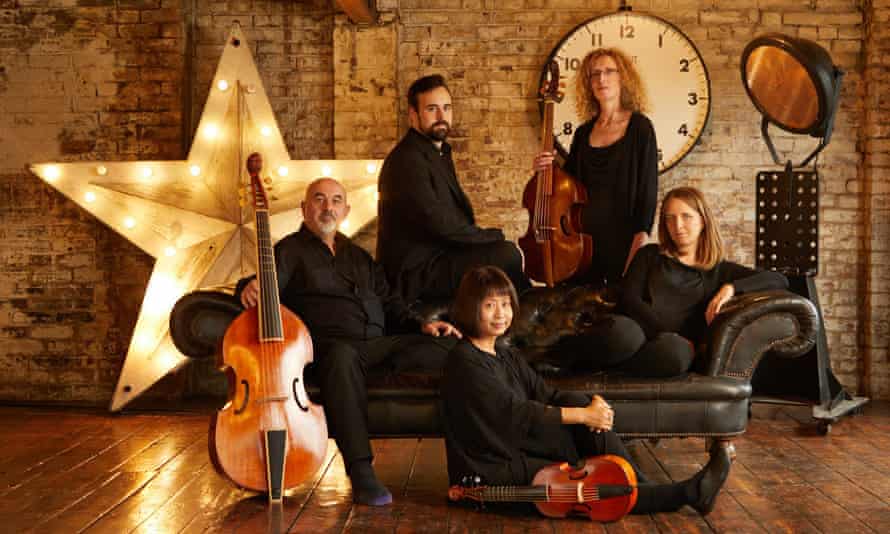 In 2021, Fretwork celebrates its 35th anniversary. In these last three  and a half decades, they have explored the core repertory of great English consort music, from Taverner to Purcell, and made classic recordings against which others are judged.

They made their Carnegie Hall debut in February of 2010, and now tour the United States most years.

In that year, they also curated a week-long concert series of concerts at Kings Place. The culmination of this week was the world premier of ‘The World Encompassed’ by Orlando Gough, a 70-minute piece describing in musical terms Drake’s circumnavigation of the globe in 1577-80.

In 2011, The National Centre for Early Music, in collaboration with the BBC, hosted a competition for young composers to create a four-minute piece for Fretwork. They workshopped the shortlisted pieces at the NCEM in York in October, and then the winning entries were premiered in Kings Place in December 2011.