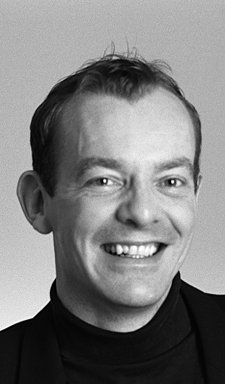 Andrew West has developed partnerships with many of the country’s leading singers and instrumentalists.

His duo partners include Emma Bell, Emily Beynon, Florian Boesch, Alice Coote, James Gilchrist, Susan Gritton, Emma Johnson, Robert Murray, Christopher Purves, Hilary Summers, Marianne Thorsen and Roderick Williams, and they have performed at major festivals such as Aldeburgh, Bath, Cheltenham and Edinburgh. Andrew received the inaugural Gerald Moore Award for Accompanists, and for several years he acted as official accompanist to the Steans Institute for Singers at the Ravinia Festival in Chicago.

He appears regularly with the tenor Mark Padmore. Their concerts have included recitals throughout Europe and staged performances of Schubert’s Winterreise at the Queen Elizabeth Hall and Lincoln Center, New York. At the 2013 Aldeburgh Festival they gave the world premiere of Harrison Birtwistle’s song-cycle, Songs from the Same Earth, subsequently programmed in Amsterdam, Cologne and Wigmore Hall. They opened the 2016/17 recital series at the Library of Congress in Washington DC.

Andrew has been one of the artistic directors of the Nuremberg International Chamber Music Festival since 2005. The festival has produced four of Britten’s chamber operas and promoted a wide range of British music, from Purcell to Adès, performed by leading European singers and instrumentalists. The 2017 Festival features music based on the poetry of T.S. Eliot.

He is Chairman and Artistic Director of the Kirckman Concert Society, which for over 50 years has auditioned exceptional young musicians and offered them London debut recitals at the Southbank Centre or Wigmore Hall. He also served on the jury of the 2014 Kathleen Ferrier Competition.

Recordings include Lieder by Strauss, Marx and Bruno Walter with Emma Bell for Linn; music by Les Six with Emily Beynon for Hyperion; Schubert’s Die schöne Müllerin with Robert Murray, for Stone Records; and most recently a three-volume CD of the English Lyrics by Parry, featuring Sarah Fox, James Gilchrist, Susan Gritton and Roderick Williams.

As a duo pianist he has appeared at the City of London and Cheltenham Festivals with pianist Cedric Tiberghien. He was also closely involved with the Michael Clark Dance Company’s Stravinsky Project, performing the two-piano version of The Rite of Spring with Philip Moore, and in a 2008 production of Les Noces at the Barbican and Lincoln Center, New York. Andrew’s partnership with flautist Emily Beynon led to their Hyperion recording of the complete works for flute and piano by the French composers Les Six, and they have also given trio recitals with cellist Paul Watkins at the Purcell Room and the BBC Chamber Music Proms. Emily and Andrew have appeared at the Edinburgh International Festival, Amsterdam Concertgebouw and Wigmore Hall.

Andrew has worked with violinist Sarah Chang in Britain and Ireland, and performed with cellist Jean-Guihen Queyras at many of the major European halls. His piano quartet Touchwood released its first CD, of works by Chausson and Saint-Saëns, in 2000, and this was subsequently chosen as CD of the Month by the Daily Telegraph. He won second prize at the Geneva International Piano Competition and has since made solo tours of South Africa, South America and the United States.

Andrew has an MA (Hons) from Clare College, Cambridge, where he read English before studying under Christopher Elton and John Streets at the Royal Academy of Music. He was Pianist-in-Residence at Lancaster University from 1993–99.