“Bradbury is wholly alive to these touches of colour and character…nicely capturing the physical thrill of Piatti’s often spectacular fireworks as well as the wholly fitting bel canto warmth of Bradbury’s more lyrical playing.” The Gramophone 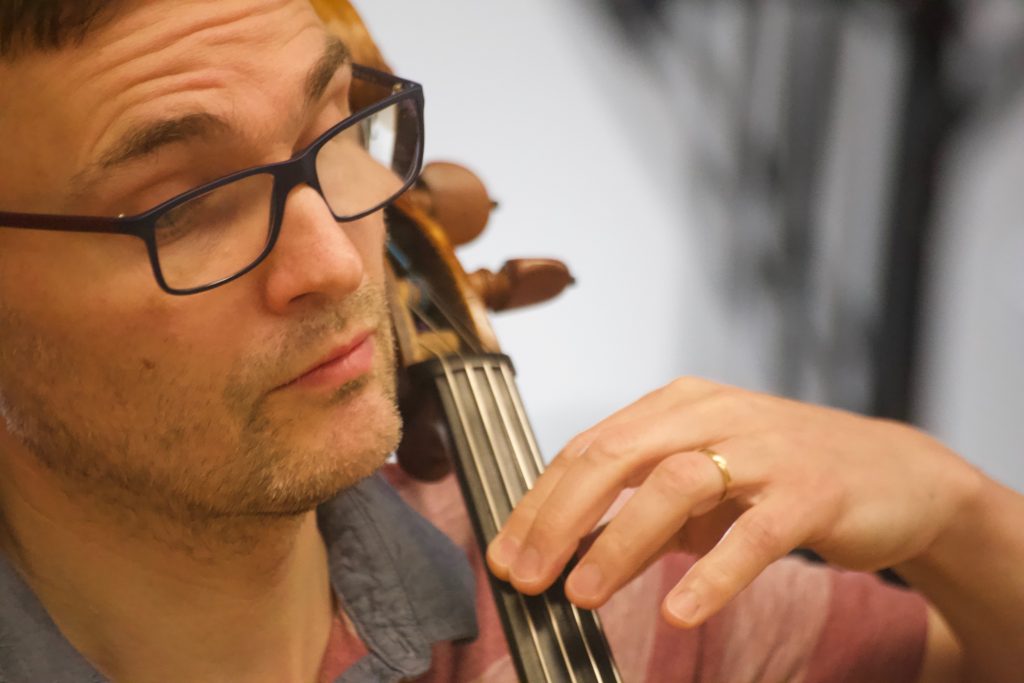 Adrian Bradbury was principal cello in the National Youth Orchestra of Great Britain before winning scholarships to Churchill College, Cambridge (where he read Veterinary Science and Music) and then to the Royal Academy of Music. After further study in Berlin he developed an international career in chamber music as the cellist in Composers Ensemble (winners of the Royal Philharmonic Society Chamber Award, 2002), Jane’s Minstrels, Trio Gemelli, Touchwood Piano Quartet and Chamber Domaine, giving world premieres of solos, duos, trios and quartets by Thomas Adès, Judith Bingham, Tansy Davies, Dai Fujikura, Hugh Wood and John Woolrich.

His research into ensemble synchronisation, in collaboration with Professor Alan Wing, was published by the Royal Society and led to invitations to curate the ‘Music and Brain’ series at the 2010 Aldeburgh Festival and to appear as speaker on BBC Radio 4’s ‘PM’ and ‘Today’ programmes and as soloist on BBC Radio 3’s 2015 ‘Why Music?’ weekend.

Together with pianist Oliver Davies, Adrian has recently recorded the complete operatic fantasies of the 19th Century cello virtuoso Alfredo Piatti on the Meridian label which have received excellent reviews.